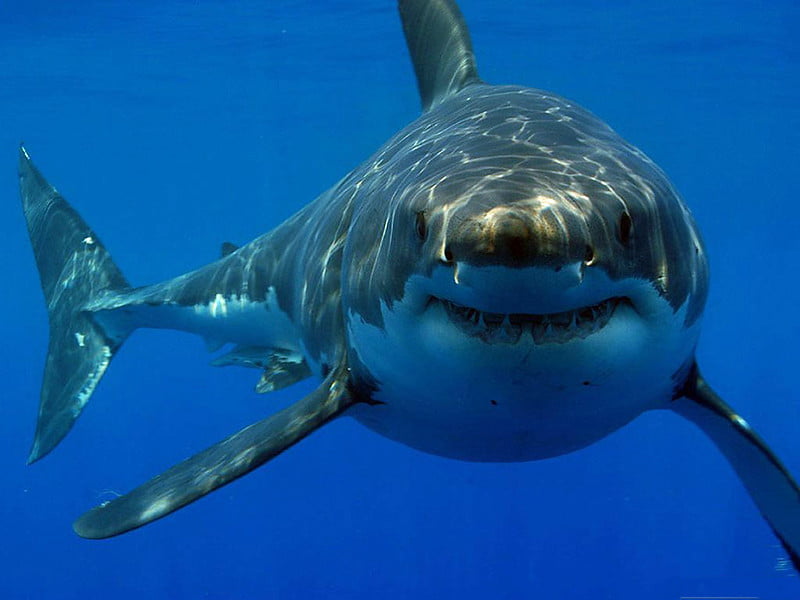 The shark is one of the most amazing hunters in the animal kingdom, and they are really famous, but their fame is bad, they are feared as killer debtors of men, by the movies we have seen since childhood, besides their scary teeth other physical characteristic is very striking and recognized, the eyes of the shark.

A shark has very distinctive eyes and properties, but some surprising facts about the physical qualities of a shark’s vision may surprise you.

Many of us ask ourselves some questions regarding certain physical attributes around shark vision and eyes, in this topic, I investigated some of them in-depth.

Do sharks have eyelids?

Actually, sharks do not close their eyes, because they do not have eyelids. Instead, they have a thin translucent protective layer, known as the nictitating membrane, which coats the entire eyeball before the shark bites its prey.

The nictitating membrane, also known as the third eyelid, has the function of protecting the eye from elements that can cause injury or discomfort, also in land animals it fulfills the function of moistening the eye, although the shark does not need this because of the environment that surrounds it.

Most sharks have a protective membrane, called a “nictitant”, to protect their eyes, similar to our eyelids.

The Great White Shark, however, lacks this membrane. Instead, it rolls its eyes back over its sockets so that they are protected when it approaches unfamiliar objects or hits one of its prey.

At first glance a shark’s eyes look spherical with small black pupil in the center, oriented towards the extremes.

Contrary to the popular idea that the Great White Shark has “deadly” black eyes, the iris actually has a deep blue color, clearly visible in sunlight when viewed from the front.

From close distance what you see are actually very dark blue eyes in which it is possible to distinguish the circular shape of the iris, which is capable of orienting itself to focus on an object.

Shark eyes also have a remarkable characteristic, the “tapetum lucidum”, similar to the eyes of cats and other nocturnal animals.

Located just behind the retina, this miniature plate structure causes light rays entering the eye to strike the shark’s retina, thus increasing the light available to photoreceptors and improving vision in low-light conditions.

Do sharks and other fish sleep?

Sharks do not have any organ that can make water enter their gills, so if they stop, they stop breathing and die. Therefore, in order to rest, they usually become lethargic when they enter a sea current.

While others fish sleep a good part of their lives. A sleeping fish is hard for us humans to recognize because fish don’t have eyelids to close. Many are blind at night and hide.

During the night they reduce their metabolism significantly, breathing and heartbeat are reduced. That saves precious energy. However, the fish have not gone completely away while they are sleeping. Although they significantly reduce their alertness, they never fall into a deep sleep phase.

Some fish even lie on their side to sleep, like us. Parrots wear a kind of pajamas: they cover their bodies with a slime that absorbs all odorous substances and thus protects them from attackers.

Some freshwater fish change color and become pale gray while resting on the bottom or on parts of the plants.

Of course there are also nocturnal fish. Moray eels, mackerel and grouper, for example, go hunting at dusk. Lanternfish have organs that generate light below their eyes, which they use to hunt like torches at night. At sunrise, when other fish are awake, the night hunters go to rest.

Fish that are exposed to strong seasonal fluctuations also adapt their phases of activity to the annual rhythm. Many of our sea fish, especially the carp-like fish, hibernate. When it is cold and there is a lack of food, the body functions are reduced to a minimum.

In winter, however, life rages in our streams. The cold water is rich in oxygen and full of tasty insect larvae. Ideal conditions for the salmon-like fish to get active and start breeding in November. Why can’t sharks and other fish close their eyes?

It is very difficult to see a fish with their eyes closed. Even though they are calm in the water or remain calm at the bottom of the aquarium, their eyes are always open.

In humans, the closed eyelids block out light reflections and protect the eyes from foreign bodies. Their most important function, however, is that the blink of an eye prevents the cornea from drying out.

If the eyes were always open, the protective tear film would have evaporated quickly. Constantly blinking at night could be extremely annoying, the eyelids close.

Fish do not need to specially moisten their eyes and therefore have not developed any skin folds. As water dwellers, they have always managed without eyelids. Different shark species, which protect their eyes with a nictitating membrane, are an exception.

But that doesn’t mean that fish don’t sleep. Burbot, pikeperch and perch, for example, are predatory fish that become active at dusk.

With a good catch, they can quickly meet their nutritional needs and then take long periods of rest. When perch rest, they support themselves with their fins on the ground or on a plant.

The burbot lies almost motionless in a shelter on the ground and is almost frightened when you bump into it.

Prey fish such as small moderlies or roaches cannot afford such deep sleep. They search for food all day, eat water plants and various small animals. At night they maintain about ten percent of their activity. They continue to swim and are wide awake even with minor disturbances.

Sharks see the world in black and white

between colors, according to an Australian study that has analyzed the cells of the retina of 17 species of sharks. In all these species, were found in their eyes abundant canes, cells very sensitive to light, useful for night vision but unable to distinguish between colors.

However, most species studied lacked cones, the photoreceptors that respond to different wavelengths and differentiate between colors. And only in some species, seven in particular, the researchers identified a type of cell that allows detecting wavelengths of 530 nanometers, which correspond to the color green.

The study has been carried out by the Universities of Western Australia and Queensland and published in the German magazine Naturwissenschaften.

But the role of color is less evident in the marine environment, where colors are progressively filtered out as depth increases and survival depends on the ability to distinguish contrasts to determine whether a silhouette in darkness belongs to prey or predator.

The black and white vision of the sharks is supported by the statistics of shark attacks where it is observed that the great majority of the attacks had as victims divers and surfers with black clothes which, to the eyes of the shark, is very showy.