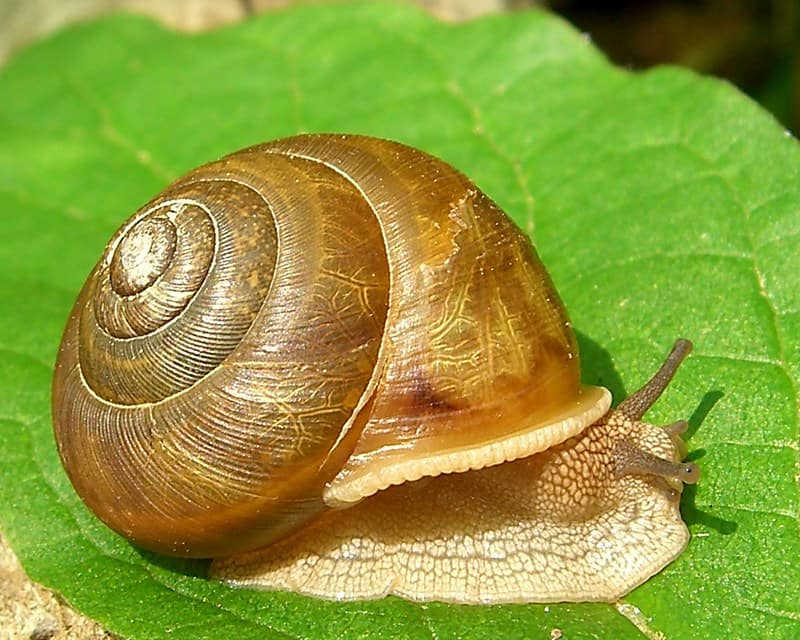 Every time we imagine a dangerous animal for humans, we think of an animal such as a hippopotamus, or a shark, but we do not associate a snail with that type of creature.

Although it may seems amazing, these little animals are directly responsible for the death of 10 thousands of people every year, when only 120 people are killed by predators. How is this possible?

The Snails, in spite of appearing extremely inoffensive animals are carriers of a very dangerous disease caused by parasite worms called schistosomiasis.

The snails contaminate the water with these parasites that, after entering the human body in an inadvertent way, lay eggs that will lead to this deadly disease. The preceding symptoms are vomiting of blood and paralysis of the legs.

How many human deaths do snails cause per year?

The World Health Organization estimates that approximately 160 million people worldwide suffer from schistosomiasis, and although the mortality rate of this disease caused by freshwater snails is low, the snail is directly responsible for the death of more than 200,000 people per year.

Snail classification and which are more dangerous

In general we can classify the snails in three big groups:

Among the sea snails is the Conus Magus (or sea snail), a snail that inhabits the Pacific and Indigo oceans with a very poisonous bite.

Although Conuns Magus venom is currently being used in medical advances because one of the components of the venom is insulin.

The most reassuring fact is that, of the 600 recognized species of cone snails, the sting of most of them is no more annoying than that of a bee.

But such specimens as Conus Magus are lethal, to the point that more than thirty deaths of human beings have been registered.

In fact, this animal is also known as a cigarette snail, because after a sting it would only take time to smoke one last cigarette before dying.

Among the snails that live outside the sea, there are several thousand species that live in the fresh waters of rivers, lakes and lagoons and these snails are the main cause of schistosomiasis, an infection that causes thousands of human deaths every year.

People are usually infected when they bathe in lakes and ponds. The larvae of the parasite, released by freshwater snails (natural reservoirs of the parasite), penetrate the skin during contact with water.
Infection due to ingestion of water infested by the parasites is also common.

Inside the organism, the larvae become adults, living in the blood vessels, where the females lay their eggs.

Some of these eggs leave the body with the feces or urine and continue the life cycle of the parasite. Others become trapped in body tissues, where they cause an immune reaction and progressive organ damage.

The terrestrial snails are the most known by the human being, these are the common snails that appear in the garden and sites of high humidity.

These earth snails are generally inoffensive, although they can become a pest for the human activity, because they attack the crops.

Can a snail eat a human being?

A snail cannot eat a human being, the majority of snails are herbivorous, and although carnivorous snails exist like the Rumina decollata, these feed on much smaller beings like other snails and snail eggs.

In Australia there is another endemic species of carnivorous snail called Victaphanta compacta, but equally its victims are very small, worms, insects and slugs.

The snails of garden are not poisonous but the mucous membrane which covers their body and which helps them to slide can be a vector of virus and parasites which could cause diseases to a person who enters in direct contact with them.

It is advisable to wash your hands rigorously after touching some garden snails.

Can a garden snails kill you?

One of the parasites that could be present in the garden snail is Angiostrongylus cantonensis. Deaths from infection have also been reported in Australia, the United States, and Japan in Okinawa.

You could be infected by eating raw snails, or eating vegetables where a snail has slipped, this parasite can cause several severe gastrointestinal and central nervous system problems in humans.

There is a risk of bacterial infection if you have snails in your yard if you have a pet such as a cat or dog that can eat the snail and become infected, or worse, if you have small children in your home that can touch or put the snail in their mouth.

Although snails have a mouth, which they use to feed themselves, they cannot bite or sting a human being, they can make a kind of licking rasps that would be barely noticeable to a human being.

In the mouth of the snails there is an organ called the “rádula”, a ribbon covered with a kind of tiny teeth, it is as if they had a scratchy tongue. Can a snake be drowned? Snakes are mysterious animals, and although we know that they can be both terrestrial and aquatic because of their fish-like… Why do spiders stay in corners? Everyone knows them, some are afraid of them, and others dislike them. They are the spiders, which get lost… I remember once when I was invited to a family Christmas lunch, there was a lot of food, including some dishes I had never tried…