Despite their tiny appearance and no visible ears on their heads, budgerigars have very good hearing, to the point of being sensitive to very loud sounds. Budgies have highly developed hearing, which they use to communicate with each other through long-distance calls and sounds.

Although not visible to the naked eye, budgies have ears, they do not have an auricle as most other animals, they only have diagonal openings under the eyes that lead directly into the ear canal.

The budgie’s hearing ability is so refined that they are able to listen to sounds and then imitate them, just like large parrots.

The budgie can associate situations with certain words. This imitation capacity is possible thanks to their developed hearing, the fleshy shape of the tongue and the memory of these birds.

Hearing is one of the most important senses of budgerigars, especially because they have very poor vision in the dark.

For example, in the wild, budgerigars are totally dependent on their hearing at dusk, since they can hardly see nocturnal predators.

Budgies hear best in the range of 1,000 to 2,000 Hz. This is also the pitch at which they communicate with each other in the swarm through song, contact calls and warning calls.

The hearing ability of budgies differs only slightly from that of humans, as they have a somewhat narrower bandwidth. The power range of hearing is measured in Hertz.

The budgie hears best between 2-5 kHz (2000-5000 Hz), this is also the range that budgies cover with their own calls and chants. At lower and higher frequencies than this, he can hear the tones, but not so well, so the volume (decibel) would have to be turned up a lot.

In contrast to the budgie, humans hear low tones a little better and high tones much better.

Budgies love background music, especially if it is soft and relaxing music, they may also like pop music with rhythm, but you must be careful not to expose it to very loud music, strident sounds are not to the liking of budgies.

In the wild, budgies live in swarms that create consistent background noise. Among themselves, they can emit sounds so they know when they are safe in contact.

On the other hand, absolute silence is always a sign of imminent danger, so soft background music often has a calming effect on budgies.

Certainly, the birds should not be permanently surrounded by sound. But bird lovers can put their animals on a few hours of music from time to time.

You might notice that budgies have a very individual musical taste. Some relax to classical piano pieces. Others get into the swing of things with more upbeat or pop music and whistle happily.

However, it should be noted that very loud or vibrant music with a lot of bass resonance is not recommended for budgerigars, due to their sensitive hearing.

Budgies are easily frightened by strident sounds, the volume of the music should be increased in a soft and gradual way and notice the reaction of the bird.

It is advisable to play the music to the budgies during the day, since during the night budgies are used to rest, they need to be relaxed before resting, just like us humans.

Although they may like music, budgies don’t like loud sounds, a very noisy tone is perceived by the budgie like a threat, as they are birds that are naturally sensitive to sounds and react with fear to loud noises.

Much has been said about the detrimental effects that TV has on budgies, both auditory and visual, budgies can be easily frightened by any loud noise from the TV, in addition, some TV sets emit high frequency beeps that could be annoying.

In addition, the budgie will not be able to distinguish anything it sees on a TV, a budgie is unable to perceive 2d images, such as monitors or the screen of a TV.

If you place a budgie in front of the TV it will not be able to distinguish between the image on the TV or the wall, having one eye on each side prevents them from measuring distances accurately, which makes 2d images difficult for them to understand.

If at some point the parakeet stares at the TV, it may simply be that it is attracted by the changes in light. 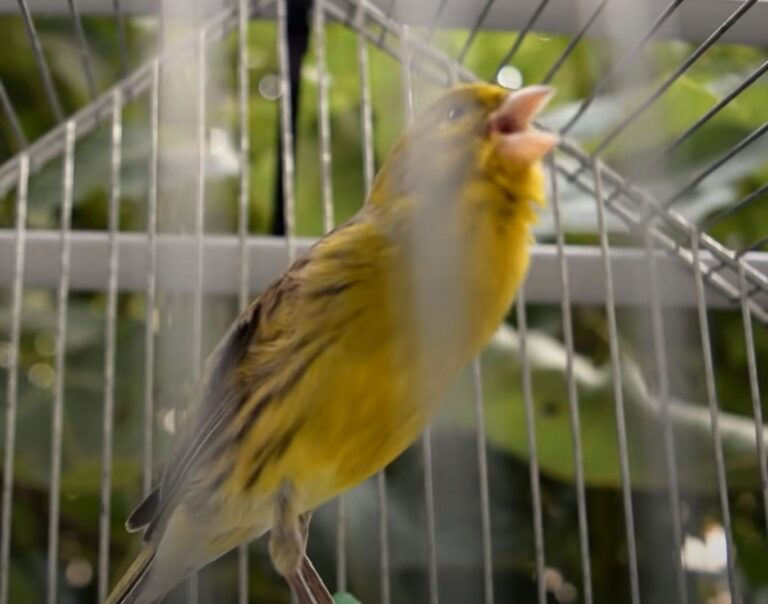 The canary is a favorite pet among all bird pets. Renowned for their beautiful and colorful feathers, spectacular singing capability, and amazing personality, canaries are…