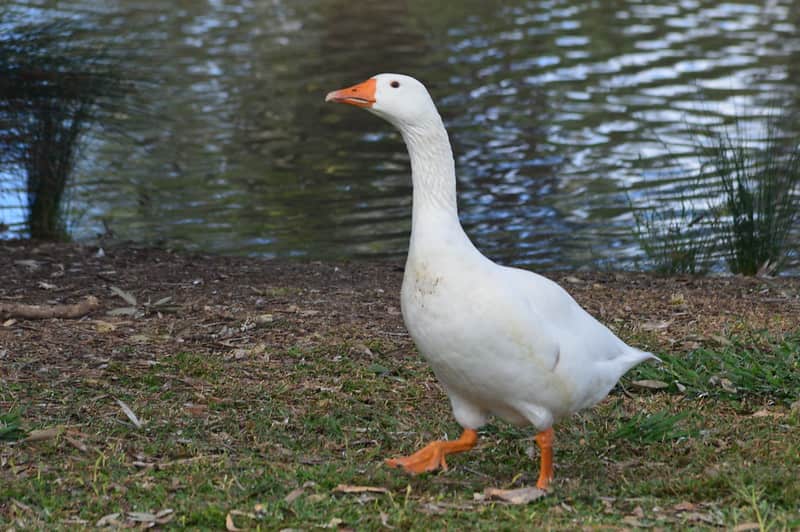 9 Geese Breeds, From The Friendliest to The Most Aggressive

Geese are beautiful and fantastic animals to have on a farm, I have learned a lot about them in the course of developing this website, one thing that stands out in all subjects is the aggressive temperament of the goose.

It may be surprising how a bird with such beautiful features can have such a volatile temperament, but not all goose breeds are the same, some are more noted for their calm and friendly temperament, others are very rough, and there are the more aggressive ones.

Here I bring you a list of 9 of the most popular geese among breeders and farmers, classifying them from the calmest and friendliest to the most aggressive. 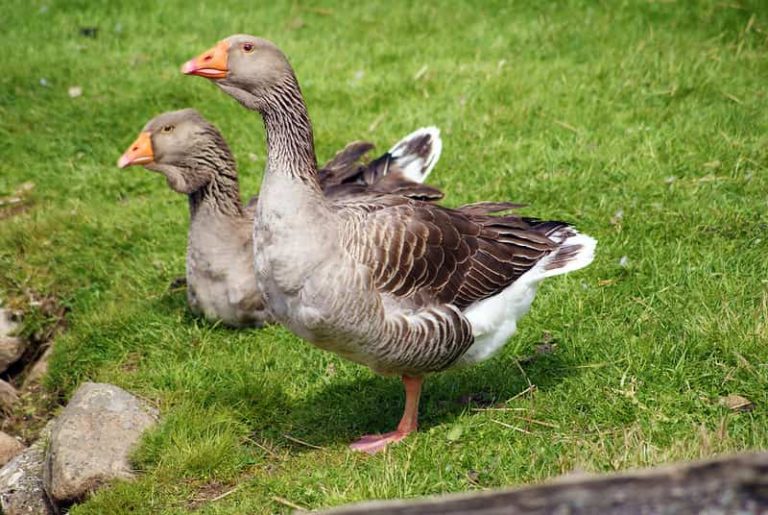 In spite of their large size, Toulouse geese are calm-behaved, slow-moving and not at all silent birds. They do not willingly accept to be scared or disturbed.

With the Toulouse goose, the viewer immediately notices the massive body shape with the strong neck, as well as the broad head with the throat dewlap and the full belly that reaches down to the ground.

Everything that is conducive to mass building is abundantly represented here. Added to this is their calm nature, which radiates a certain sovereignty.

Due to their docile behavior, they can be attacked by geese of other races, so it is not recommended to mix with other species. They are very docile and because of this they usually have unexpected attacks. 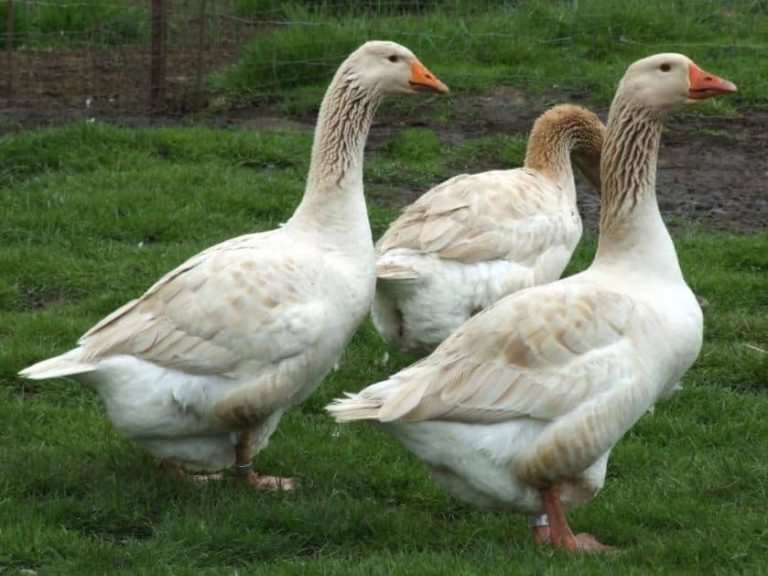 One of the most popular classes of domestic geese, native to the United States, these geese are very popular among breeders and farmers for being friendly, calm and gentle.

The Buff Goose is one of only two breeds of geese native to the United States.

It is also classified as a colored goose, as most geese are plumed in tones of white, browns and black. The Color of the Buff is apricot or fawn.

While we know that in Europe and Asia, the Buff is descended from the Graylag Goose, there is no certainty about the development of the Buff.

It may have occurred through selective breeding and natural mutations, or it is possible that a breeder or farmers used the cross-breeding process to obtain the bird now known as the Buff Goose. The Sebastopol is a medium sized goose (4.5 to 7.3 kg), which comes in the colors gray, buff and white.

The legs are orange, the eyes are bright blue. They lay 30 to 40 eggs per year. The problem is that their mobility is limited, they cannot fly. Therefore, these geese need extra protection from possible predators.

They can find that protection in a large water source. Sebastopol also requires a large pond for daily care of its plumage. If there is enough water, it won’t be easily contaminated.

Due to crossings in the past with the Emden goose, Sebastopol gained a lot of weight. And crosses with Russian and German fighting geese can result in an aggressive specimen. But in general, this goose is known as friendly and calm, as long as it is treated with affection. Their bodies are heavy and plump, with a smooth chest. They should have two well rounded ventral fat lobes in the abdomen. The story of why these geese bear this name is very well known. The ancient history of the city of Rome tells this story: Over two thousand years ago the Gauls were determined to conquer the city of Rome. Since then they have been rated as excellent watchers.

When they sneaked out at night, not even the watch dogs noticed, it says. However, a flock of geese gave the alarm. So the Romans were warned of the attack.

In the city of Barcelona in Spain, for example, you could find a church with a courtyard guarded by geese. In Italy, Roman geese guard some camps.

Roman geese like all geese have a strong sense of territoriality, they take care of each other with courage, but they are still considered friendly and calm, so I would place them in a normal or average level of aggressiveness.. It originates from the ancient state of Pomerania, from which its name comes.

It is located on the southern coast of the Baltic Sea, between the rivers Oder and Vistula, which today is shared by Germany and Poland.

Between the aptitudes that were developing in his creation, it was his high resistance to the cold, since the winters are very rigorous, in his zone of origin.

Pomeranian geese are known to be very noisy, they are very docile and friendly and sometimes tend to read the nervous body language of visitors, and can respond aggressively. The Nile Goose or Egyptian Goose is a sub-Saharan African species that was first introduced to Western Europe as an ornamental exotic bird in the 18th century.

Nowadays, it has wild populations in many countries, including the Netherlands, Germany, Belgium and the United Kingdom.

The biggest problems this species provokes are because they have a dominant and very aggressive behavior against other birds, which provokes the migration of indigenous species.

Egyptian geese are considered to be particularly aggressive. This behavior is explained by their origin: In Africa, Egyptian geese have to defend themselves against various predators. Chinese geese, as their name indicates, originate from China. The predecessors of these birds were wild dry scavengers that lived in distant Manchuria and Siberia.

These Chinese geese were introduced to Russia and Europe in the 18th century. They were crossed with indigenous species to improve productivity.

The Chinese goose has a reputation for being very noisy and aggressive, so much so that they are very popular to be used as a guardian pet in place of a dog.

Among the positive aspects of Chinese gazon is the fact that its egg-laying productivity is very high. They are good weed eaters and are considered the best to be used in cleaning the weeds from the crops due to their long neck and great activity. The Emden goose is highly territorial and the most aggressive of all goose breeds, particularly in the breeding season.

Move around them with slow and calm movements, do not use clothes or hats other than the usual ones, do not turn your back on them when they are excited, etc.

Not all the Emden’s breeding lines have the same aggressiveness and it also depends on how they would have been treated as children and if they got used to the breeder’s presence when they were young.

It is necessary to have in mind that the geese, in general, know their owner and distinguish him perfectly from a stranger. Fruits that a Quail can eat Quails eat fruit, which may not be a very common topic since the diet of quails is actually composed… It is known that cereals should be the main feed for domestic chickens, and it is true that many farm and poultry owners use raw… The pheasant is a beautiful poultry, related to chickens. Many people who have pheasants on their farms may have noticed at some point that pheasants,…