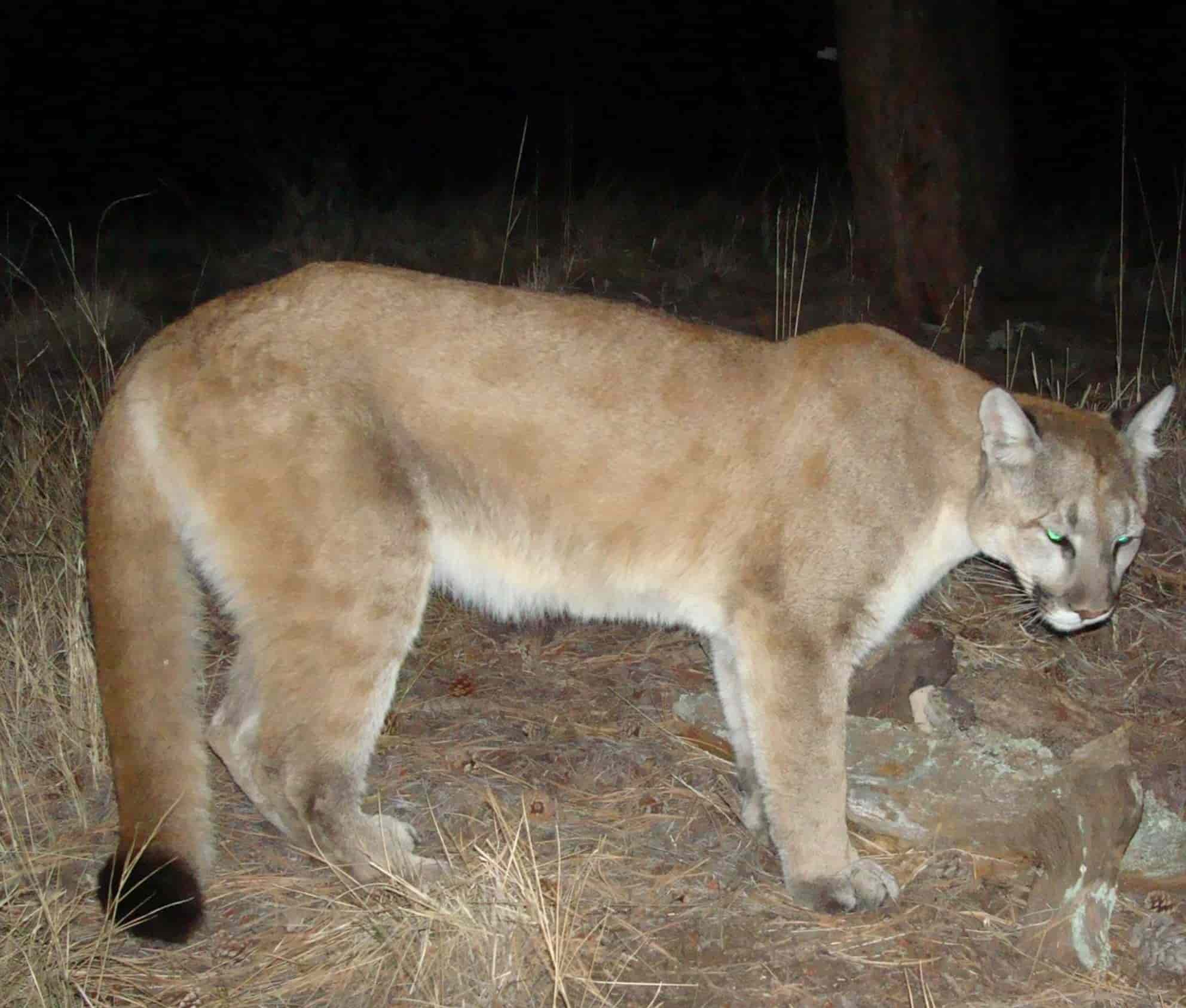 During the research I did to document myself on the subject of a virtual fight between a mountain lion and a man, the first results I saw were quite disturbing, and although this is not a gossip website I must comment on what I saw.

The first result I read said, “Yes, of course, a man can beat a mountain lion in a hand-to-hand fight” (not literally, but that’s what it said). The other results I read, was about a hiker who killed a mountain lion with his bare hands.

What disturbed me in reading these things is that the concept is presented that it is possible for a man to defeat an adult mountain lion with his bare hands, when this is something incredibly far from reality.

An adult mountain lion is a wild, extremely strong, dangerous, and fast animal and an unarmed man would be in grave danger of losing his life if he tried to take on a mountain lion.

No, a man cannot beat an adult mountain lion with his bare hands, don’t even think about it.

I have seen footage of mountain lions confronting and defeating bears, wolves, Dogo Argentino, Dobermans, in the case of dogs, which are quite big and strong, the mountain lion dragged them like toys.

A man doesn’t stand a chance even against any of those animals I just mentioned, so I don’t understand the logic of a man being able to beat a cougar in a one-on-one fight, it doesn’t make any sense.

In the case of the hiker who was able to beat a mountain lion, according to the research I did, it was a young animal.

Is a mountain lion stronger than the average man?

In general terms, an adult mountain lion can be stronger than an average man, Cougars have long, muscular hind legs that give them extraordinary strength and therefore incredible leaping ability.

Horizontal leaps of 14 meters (45 feet) have been documented, and a cougar has been seen to leap 3.6 meters (12 feet) into a tree while lifting a deer carcass, it takes a massive amount of strength to do that.

In addition, an adult male mountain lion can weigh up to 113 kilograms (250 pounds) or more and can run at speeds of over 50 mph.

In physics, one of the traditional ways to measure strength is by multiplying mass times velocity, so imagine an adult mountain lion weighing over 100 kilograms running at you at over 50 mph, it will tear you apart in the blink of an eye.

A full-grown mountain lion is strong enough to drag a full-grown man without any problem.

Why would a mountain lion attack a person?

In reality, confrontations between mountain lions and people are rare. Mountain lions are very elusive to humans, but they could attack if they mistake a person for possible prey.

That is, after all, they are animals, despite their intelligence, they could confuse a human being with hunting prey, mountain lions are animals that are guided by pure instinct.

Animals with a strong hunting instinct tend to mistake small humans for prey, that is why it is advised to raise the arms and make noises to “look bigger” in case of encounters.

Another case in which a mountain lion could attack a human being could be in case you invade its breeding territory, female mountain lions are extremely protective and aggressive when they have cubs.

In reality, aggressive and protective behavior during the breeding season is something very common in all animals.

Although to protect its cubs, the mountain lion will simply try to keep you away from the area and will only attack if you do not give ground.

How to know if a mountain lion is about to attack you?

These animals are usually shy and curious when they meet people, but to know if a mountain lion is ready to attack you simply need to know two aspects of its body language, if you notice these traits in a mountain lion, an attack is about to happen:

The mountain lion keeps its ears flat and close to the head, bristly hair, wagging tail, body and head close to the ground, movements of the hind legs in preparation for jumping.

In some cases of direct confrontation, a mountain lion will try to intimidate only with the intention of driving the person away from its area, in this case, it will make threatening noises, walk straight towards the person in the opposite direction of the area it wants to protect, raise its claws and make gestures that it is about to pounce or attack.

In this case, if a mountain lion is protecting its territory, it will not be intimidated and its real objective is not to get into a fight unless there is no other option, its only objective is to move the person or the animal away from its protection area, what should be done in case of noticing a similar behavior is to move away from the area without running and without turning its back.

Can you outrun a mountain lion on a bike?

Considering that a mountain lion can run up to 50 mph and the average speed of a professional cyclist is just 25-28 mph, you can’t outrun a mountain lion on a bike, let alone on a non-flat trail.

Can a man armed with a knife defeat a mountain lion?

There is an interesting story of a South American man named Navarrete who fought and defeated an adult mountain lion using a knife and a bolas.

Bolas are weapons that have long been used to hunt animals, they are made up of three branches with three balls that are usually made of iron.

Navarrate is a middle-aged farmer with a gentle appearance, but this man already had a lot of experience dealing with mountain lions. Tired of these animals attacking his herd, he says that one day he saw a large cougar and his dog chased it.

When he approached, the mountain lion immediately stood up, pounced on him, and knocked him to the ground, Navarrete put his arm out to defend himself from the bites and the mountain lion broke his wrist with a single bite while slashing him all over with its claws.

With the knife in his other hand and from the ground, Navarrete managed to stab the animal several times until they both fell down a hillside and the mountain lion fell dead. Navarrete says that all this happened in a matter of seconds.

Keep in mind that Navarrete knew how to use the knife and knew where to stab the mountain lion, otherwise, he would not have been alive to tell the tale.

And even though the mountain lion’s head is not as big as other felines, its bite was strong enough to break Navarrete’s wrist.

The attacks of a mountain lion are always with deadly intent, this animal will not bite any part of the body, it will always try to go straight to the neck.

Navarrete ended up gravely wounded, with a broken wrist, a perforated artery, and bleeding profusely, he could not stand, much less get on his horse, if help had not arrived quickly to the scene, he would have died as well. He fought for his life, and that of his dog, and won the battle.

Should you throw rocks at a cougar?

Throwing stones at a mountain lion is not a good idea in case you just want to scare it away, these animals act by instinct, if a mountain lion wants you to move away from its territory you should just do that, walk away, without turning your back, without crouching, do not try anything else, just follow the recommendations to raise your arms and scream trying to appear to be big and strong.

The only situation in which throwing rocks and sticks may be necessary is if a mountain lion is already in the process of attacking, it has been proven that displaying aggressive behavior can scare them away.